So excited! It's release day for Wendy Lyn Watson's Scoop to Kill, the second in the Mysteries a la Mode series, and the debut of Hannah Reed's Buzz Off, featuring beekeeper Story Fischer. I'm hitting the book store today to pick up these, and I'm still waiting for a shipment from Mystery Lovers Bookshop that includes Jennifer Stanley's Way of the Guilty (released last week). Lots of great reading to come this month! 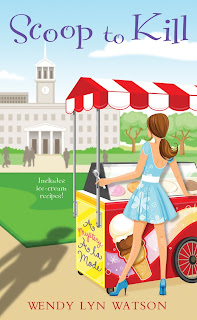 Scoop To Kill by Wendy Lyn Watson
During the local college's annual Honor's Day festivities, a graduate student is killed. When the English professor suspected of his murder also meets an untimely end, Tallulah Jones steps out from behind the counter of Remember the a-la-Mode to clear the professor's name-before anyone else gets put on ice...

"SCOOP TO KILL by Wendy Lyn Watson is a clever, amusing small-town mystery. Set in Dalliance, Texas (you know there's going to be a good time had by all in a town named Dalliance!), Ms. Watson infuses a warm, folksy feel in the story with well-chosen language that paints a vivid picture for the reader. Tally is a first-rate amateur sleuth; the relationship she has with her family is heartwarming. It's a well-crafted mystery, and readers will be as torn as Tally as she works to decide between the two men in her life. SCOOP TO KILL is the latest in the Mystery a la Mode series." -- Fresh Fiction 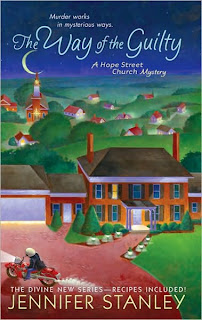 The Way of the Guilty by Jennifer Stanley
Cooper Lee has a new outlook on life, thanks to her friends at Hope Street Church. Spending time with the Sunrise Bible Study Group nourishes her mind and soul. But home is where the heart is—along with Mrs. Lee’s baked treats—and Cooper is indeed happy to have such a great family to come home to when not spending time with Nathan, a friend from the group who just might be (fingers crossed) The One. So when her sister, Ashley, is implicated in a gruesome murder, Cooper snaps into action. Along with Nathan and her friends from Hope Street, Cooper vows to solve this unholy mess—with a wing, a prayer, and a small dose of snooping…

"This installment to this wonderful series is definitely edgier than the first two books in this series.  I loved it.  You could almost call this story "ripped from the headlines".  The subject matter is current, relevant and believable." --Dollycas's Thoughts 5 stars 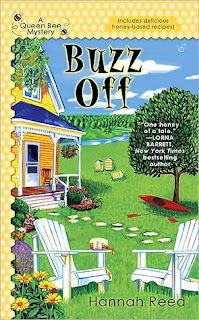 Buzz Off by Hannah Reed


It's September - National Honey Month - in Moraine, Wisconsin. After her mentor in the honey business is found suspiciously stung to death in his apiary, beekeeper Story Fischer must sort through a swarm of suspects, including her ex-husband

"... a rollicking good time. The colorful family members and townspeople provide plenty of relationship drama and entertainment. The mystery is well plotted and this series promises to keep readers buzzing." ~ Romantic Times
Any books you're looking forward to this month?

Posted by Heather Webber at 6:20 AM